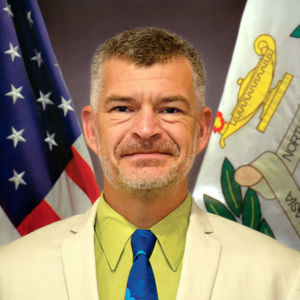 Prior to joining the center he spent 15 years on active duty in the US Air Force (USAF) serving in various political-military positions, including staff officer at 13th Air Force for developing security cooperation programs with India, Indonesia, Bangladesh, and Sri Lanka. He also served for two years as the principle Deputy Political Advisor for Air Combat Command, the USAF’s largest Major Command, from 2006-2008. In that capacity, Dr. Wieninger provided policy analysis and political perspectives on key political-military issues, including Strategic Arms Reduction Treaty compliance, security developments across the globe, and the growing importance of China.  In 2008 he entered the USAF Reserves and served as a reserve Air Attaché doing multiple tours in Fiji, Laos, and Indonesia advising the resident US Ambassador and country team and serving as liaison between the United States and host nation security institutions.  He retired from the USAF Reserves in 2017.

In his ten plus years at DKI APCSS he has contributed extensively to all aspects of the Center’s program and has directed the Advanced Security Cooperation, Comprehensive Security Responses to Terrorism, and Indo-Asia-Pacific Orientation courses.  He has also led and/or provided subject matter expertise for workshops on various topics including counter-terrorism, maritime security, security sector development, and bio-security in countries including Russia, Indonesia, Myanmar, Thailand, the Maldives, Nepal, Fiji and the Philippines.

Dr. Wieninger earned his Doctorate in Philosophy at McGill University in Montreal, Quebec in 2004.  Previously, he has taught political science and security-related issues at various universities and institutions, including two years at the U.S. Air Force Academy in Colorado from 1998-2000 and two years at the Defense Nuclear Weapons School in Albuquerque, New Mexico, from 2004-2006.

Dr. Wieninger is an avid soccer player, reader, motorcyclist and world traveler. A native New Yorker, he speaks English, French, and does his best in Indonesian.