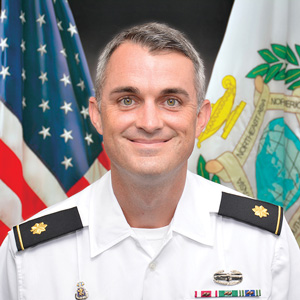 Originally from Newport, Kentucky he entered the Army in 2009 and received his commission from Officer Candidate School in Fort Benning, Georgia in 2010. Maj. Smith is a graduate of the Quartermaster Basic Officer Leadership Course in Fort Lee, Virginia.  He transitioned to Civil Affairs in 2011 and graduated from the Army Special Operation Forces Captains Career Course in 2015.