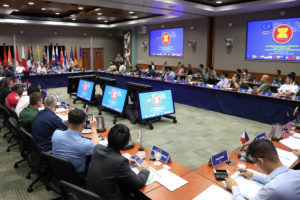 Admiral Harry Harris, Jr., Commander, U.S. Pacific Command provided opening remarks at this second meeting co-hosted by Malaysia and the United States at the Daniel K. Inouye Asia-Pacific Center for Security Studies. The meeting included one and a half days of formal sessions and a day of information meetings. Attending the meeting were representatives from nine ASEAN countries and eight “plus’ countries including the United States, Australia, Japan, India, Russia, China, New Zealand and the Republic of Korea.