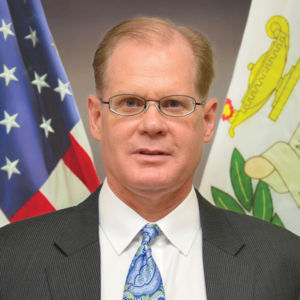 Wade Turvold joined the Asia-Pacific Center for Security Studies in June 2019 after a 30 year career in the U.S. Navy. He was privileged to serve in two educational assignments during this time, as the U.S. Navy Senior Service Representative and Director National Security Studies at the U.S. Army War College, and the U.S. Navy Exchange Directing Staff at the Joint Services Command and Staff College, Defence Academy of the United Kingdom in Shrivenham, England.

His staff assignments were as Air Anti Submarine Operations Officer on the United States SIXTH Fleet staff embarked in USS LASALLE in Gaeta, Italy, and as Deputy Chief of Staff for Operations at Patrol and Reconnaissance Force, United States SEVENTH Fleet in Misawa, Japan.

He completed numerous deployments throughout his career to the Indo-Pacific region, the Middle East, and to Europe. Mr. Turvold participated in combat operations in Somalia, Kosovo, Iraq, Afghanistan and the Philippines. Mr. Turvold served in a faculty position prior to becoming the Dean of Admissions and Business operations.