Alumni Perspectives: Freedom of the Press in Vietnam and Laos

How do the expanding economic opportunities in communist countries impact freedom of the press? 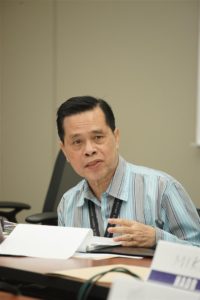 Tjipta Lesmana, an alumnus of the Transnational Security Cooperation (TSC16-1) course and professor at Universitas Pelita Hatrapan in Indonesia, recently researched the topic of “Freedom of the Press in Vietnam and Laos: Fred Siebert’s Communist Media Theory Re-examined.”  His research is now available as part of our “Alumni Perspectives” publications.

In his paper, Lesmana looks at how the end of the Vietnam War and the fall of the Berlin War had a significant impact in Southeast Asia and specifically the freedom of the press policies in Vietnam and China.  As new economic policies open doors for these countries, newspapers and journalists are slowly changing the way they present the news in their newspapers.