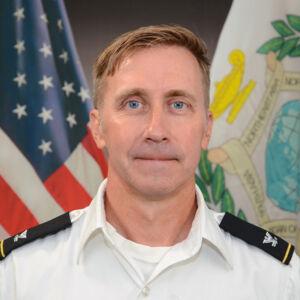 Colonel Matthew Kent came to the Daniel K. Inouye Asia-Pacific Center for Security Studies in September 2022 following his three-year tour as the Chief of the Liaison Affairs Section at the American Institute in Taiwan-Taipei.

In 1996, Col. Kent was commissioned  as an Army Infantry officer. Upon completion of training, he served a tour in the 1-506th Infantry Battalion located in Korea and as a Basic Training Executive Officer (XO) in 2-54th Infantry Battalion and then later with 3-47th Infantry Battalion both located at Fort Benning, Georgia. In 2001, COL Kent completed Special Forces training and served as a commander of a Special Forces Operational Detachment-Alpha (SFOD-A) and was a company XO in 2nd Battalion, 1st Special Forces Group. In 2004, he was assessed into the Foreign Area Officer (FAO) Branch with a regional specialty of China. His subsequent assignments have sent him to China to study, to Iraq as a combat advisor, and to NATO Rapid Deployable Corps (NRDC) Spain as a G-5 Planner. Col. Kent served as the Senior Defense Official/Defense Attaché (SDO/DATT) in Laos from 2012-2015 and Mongolia from 2015-2017. He also served at Special Operations Command Pacific as Deputy Chief of Plans and Strategy and as the Commander’s Action Group Chief from 2017-2019 prior to moving to Taiwan.