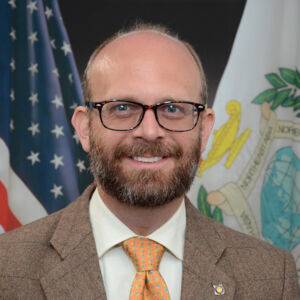 John has an extensive background in international education. He has taught classes in academic writing, English as a foreign language, international criminal law, and law of the sea at schools and universities in the United States, Spain, Chile, Vietnam, Malaysia, and Somalia. He is a strong proponent of online education and has written many lessons for online learning platforms. He also has a lot of experience in the private sector. Before the Coronavirus pandemic, he was an editor and media producer for a tech start-up in Honolulu.

Some of John’s career highlights include working for an international NGO as a trial monitor at the Khmer Rouge Tribunal in Phnom Penh, Cambodia. In this role, he provided live commentary on trial proceedings on social media and wrote reports on the trial’s compliance with international standards of fairness and transparency. He was an observer at the 2014 Universal Periodic Review of North Korea at the United Nations Human Rights Council in Geneva, Switzerland. While there, he and his colleagues presented a report on humanitarian aid to Ambassador Bob King, the United States Special Envoy for North Korean Human Rights Issues. In 2015, John traveled with a delegation of fellow law students to discuss trade issues with the ASEAN Secretariat in Jakarta, Indonesia.

Since 2017, John has been a volunteer with the United States Coast Guard Auxiliary. He was the elected commander of the Auxiliary’s Honolulu Flotilla in 2021 and 2022, and currently serves on the Auxiliary’s national staff as a social media manager. Since joining the Auxiliary, he has been awarded the Auxiliary Sustained Service Award, the Department of Homeland Security Outstanding Unit Award, and the Coast Guard Unit Commendation.

John grew up in San Francisco, California and has lived in Honolulu since 2012. He has a Bachelor of Science in anthropology from the University of Utah, earned his Master of Arts in diplomacy from Norwich University with academic honors, and received a Juris Doctor from the University of Hawaii’s William S. Richardson School of Law, with a certificate of specialization in Pacific-Asian legal studies. An avid traveler, John has been to nearly 50 countries and territories across six continents. He is also a lifelong fan of the San Francisco Giants.