Decisions That Bind: The Role of Reputation Costs in Territorial Disputes 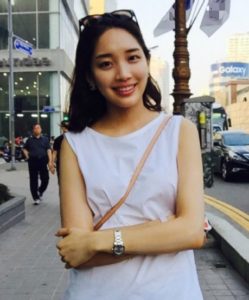 Reputation costs and how they impact settlements for territorial deputes is the topic of a paper written by Hyunki Kim, a former intern at the Daniel K. Inouye Asia-Pacific Center for Security Studies.

The paper, based on her master’s thesis, uses both quantitative and qualitative methods to examine the influence of reputation costs on binding settlements. Using the Belizean-Guatemalan territorial dispute as a case study, Kim asserts discusses how the international community can trigger reputation concerns for states involved in territorial disputes.

According to Kim, “this study enhances our understanding of the dispute resolution process by providing a theoretical framework on the importance of reputation in influencing the states’ decision to enter binding settlement in territorial disputes. This study further provides theoretical implications for the role of the international community in many ongoing interstate conflicts around the world, including the South China Sea dispute. China’s perception of the reputation costs incurred among the international community including ASEAN members may provide a breakthrough for future negotiations and settlement attempts.”

Read the full paper on line at this link: Decisions That Bind: The Role of Reputation Costs in Territorial Disputes

Hyunki Kim received her M.A. in International Relations from the University of Chicago and interned at the Daniel K. Inouye Asia-Pacific Center for Security Studies. Her studies focus on interstate conflicts, legal adjudication process, reputation costs, and mixed-methodologies that utilize quantitative techniques with rigorous qualitative investigation. The views expressed in these papers are those of the author and do not reflect the official policy or position of APCSS, the U.S. Pacific Command, the U.S. Department of Defense, or the U.S. government.