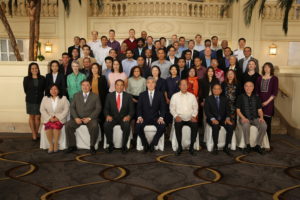 “Countering Violent Extremism in Southeast Asia” was the focus of a workshop held in Manila, March 13-16.  Hosted by the Daniel K. Inouye Asia-Pacific Center for Security Studies, the National Defense College of the Philippines, and the Anti-Terrorism Council of the Philippines, the four and a half day workshop brought together 61 security practitioners including military, police, and civilian government officials,  and experts from international organizations, regional think tanks, and academia.

“Extremist groups continue to disrupt the normalcy of daily lives throughout the world.  The continued spread of terrorism and the extremist group’s evolving strategies are all the more reasons why we should brace ourselves and find more ways of combating them. This 4-day workshop is a demonstration that we are ready to fight as they seek to challenge our shared balance of peace and justice and human dignity,” said Philippine National Defense Secretary Delfin N. Lorenzana during opening remarks.

U.S. Ambassador to the Philippines Sung Y. Kim also provided opening remarks stating that “The true strategy for dealing with violent extremism is to prevent the next crisis by focusing on the underlying issues that give rise to the violent extremism in the first place.” 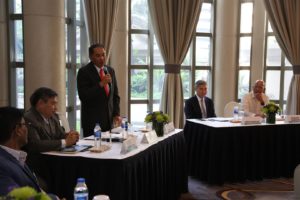 According to DKI APCSS director, retired Rear Admiral Pete Gumataotao, “This is one of several workshops DKI APCSS has hosted on Countering Violent Extremism and is a clear indicator of our commitment to work with all of the countries in this region on this important issue.”

Last year DKI APCSS hosted a workshop that identified gaps in how we cooperate on this issue and the participants recommended a continuation of this important dialogue among Southeast Asian nations.  In this workshop, participants discussed key regional and international trends and lessons learned from case studies of recent violent extremist activities.

“One of our goals is to enhance understanding among participants of the opportunities for strengthening collaborative regional actions to address extremist networks and connections, and the next steps necessary to accomplish these,” said academic lead, Dr. Alfred Oehlers.

“Ultimately, our goal is to help build common perspectives and enhance all of our capabilities in dealing with Transnational Security Threats,” he said. “We use events such as this workshop and our resident courses in Honolulu, Hawaii, to help build and strengthen professional networks and expand existing cooperative relationships.”

“It is important for us to work not just bilaterally but with all our neighbors.   We are all committed to working together.  This workshop helps build our relationships and our capacity for dealing with complex transnational issues such as violent extremism,” said Gumataotao. 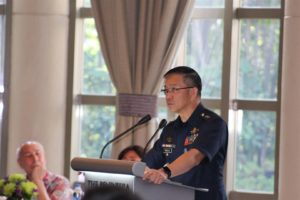 Maj. Gen. Restituto Padilla (APOC12-1) provides an overview of the Marawi siege in the Philippines.

In deliberations, participants identified eight broad priorities in strengthening regional collaboration against violent extremist networking.  As ranked in an anonymous polling exercise, these were: 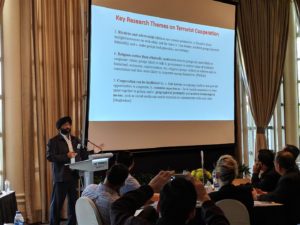 “We are at a cross-roads and we don’t know what to do because we’ve been looking at this for so long…” said workshop participant Bilveer Singh, ”… pleasantly…surprisingly….all of us were here in a quest for answers.  I think the one thing we discovered was we need a network of nations to fight this.”

Singh, a professor at the National University of Singapore, further stated that “The most valuable thing we learned … [is] we need a very, very superior, powerful, universal counter-narrative to defeat them (extremists) otherwise we’ll never win this war.  So it is focused on intellect and heart…head–heart…in order to destroy what is going on out there.   I think the take-away from here is that we all need to go back and start focusing on the counter-narrative which is acceptable to all. We get it…we’ll win the war.”