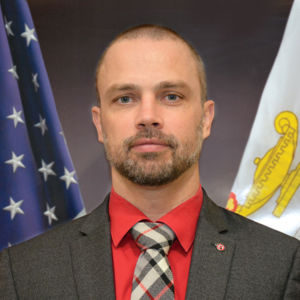 Dr. Sam Mullins joined the Daniel K. Inouye Asia-Pacific Center for Security Studies (DKI APCSS) in August 2019. Prior to joining DKI APCSS, Dr. Mullins spent the previous seven years as a professor of counter-terrorism at the George C. Marshall European Center for Security Studies in Garmisch-Partenkirchen, Germany, during which time he contributed to the professional education of more than a thousand counter-terrorism (CT) and security practitioners from around the globe, and participated in CT outreach activities in some two dozen countries. In recognition of his efforts he was awarded the Superior Civilian Service Award in March 2019.

Dr. Mullins has spoken at numerous international conferences around the globe, and has presented his work for a variety of government agencies including the Federal Bureau of Investigation (FBI), the New York Police Department (NYPD), the Canadian Security Intelligence Service, the Australian Federal Police, the International Special Training Centre in Germany, the North Atlantic Treaty Organization (NATO) Centre of Excellence – Defence Against Terrorism institution in Turkey, the Chinese Ministry of Public Security and the Indonesian National Armed Forces, among others.

Dr. Mullins has published numerous papers and is the author of two books: ‘Home-Grown’ Jihad: Understanding Islamist Terrorism in the US and UK, and Jihadist Infiltration of Migrant Flows to Europe: Perpetrators, Modus Operandi and Policy Implications.