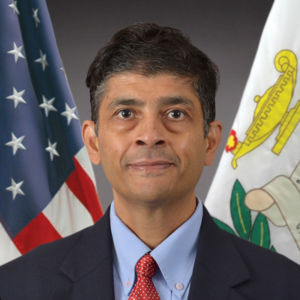 Dr. Srini Sitaraman joined the Daniel K. Inouye Center for Asia Pacific Studies (DKI APCSS) as a Professor in December 2019. His focus at the DKIAPCSS is on the Indo-Pacific Security with a particular focus on South Asia, Regional Conflict, and India-China Relations. He is also interested in New Technologies & International Security, Internet and Digital Diplomacy, Nonproliferation, and the United Nations and International Law.

Prior to arriving at the DKI APCSS, Dr. Sitaraman was a tenured Associate Professor in the Department of Political Science at Clark University in Worcester, MA, where he directed the award-winning Model United Nations Program. He was also a core faculty member of the Asian Studies Program and affiliated with the Strassler Center for Holocaust and Genocide Studies. In addition, Sitaraman was an Associate-in-Research at the Fairbank Center for East Asian Research at Harvard University.