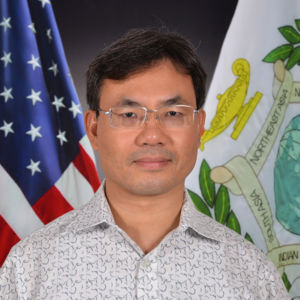 Dr. Vuving spent his formative years in Vietnam, Hungary, France, and Germany during times of dramatic changes—the wars in Indochina, the collapse of communism, and the European unification. These events have helped shape much of his professional curiosity.

Dr. Vuving’s research interests focus on the Evolution of Power Politics, including great power competition and the grand strategies of major powers; Soft Power, including its nature, mechanisms, and sources; and the longer History of Human Power, including its physical and biological roots, its coercive, structural, transactional, and attractive ways, and its game-changers—the state and the scientific revolution. With regard to contemporary issues, his major areas of research include the rise of China, Chinese strategy, regional security architecture, the struggle between a rules-based and a hierarchical international order, conflict resolution in the gray zone, Vietnamese politics and foreign policy, and the South China Sea. Dr. Vuving uses a multidisciplinary approach to his research, ranging from game theory and evolutionary biology to economics, anthropology, psychology, sociology, and political science. He has published in major academic journals and global affairs magazines and presented at leading universities and think tanks around the world. Numerous media outlets, including the New York Times, the Financial Times, the Associated Press, and Bloomberg, among others, have featured and quoted his views.